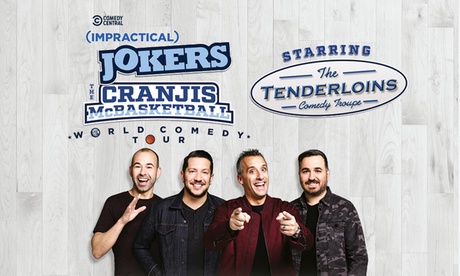 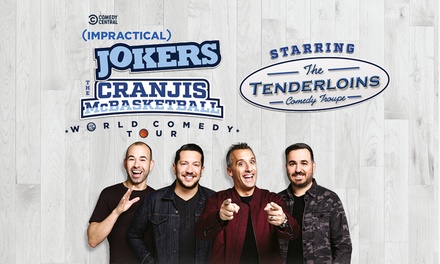 This autumn the stars of Impractical Jokers tour the UK with a mixture of improv, comedy and footage and associated stories from the TV show

This autumn venues across the UK will welcome The Tenderloins, the quartet that rose to fame with the reality TV show Impractical Jokers. The programme has been around since 2011, and relies on a hidden camera recording friends who coerce one another into pranks such as falling instantly head-over-heels for a stranger, making some unusual suggestions in a city planning meeting and attempting to gift-wrap shoppers’ groceries in a supermarket. This year, Joseph “Joe” Gatto, James “Murr” Murray, Brian “Q” Quinn and Salvatore “Sal” Vulcano are on tour with a blend of improv, comedy and footage, plus associated stories from the hit TV show.